How I built a simple 'word guessing game' using Javascript 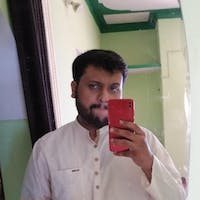 Subscribe to my newsletter and never miss my upcoming articles

I wanted to build something fun for my portfolio. After spending sometime thinking, I decided to code a game that was popular in my childhood.

Players will have to fill the dashes with letters, until they guess the word. The game ends if the player guesses the correct word or if he chooses the wrong letter 5 times.

Here’s how the game looks: 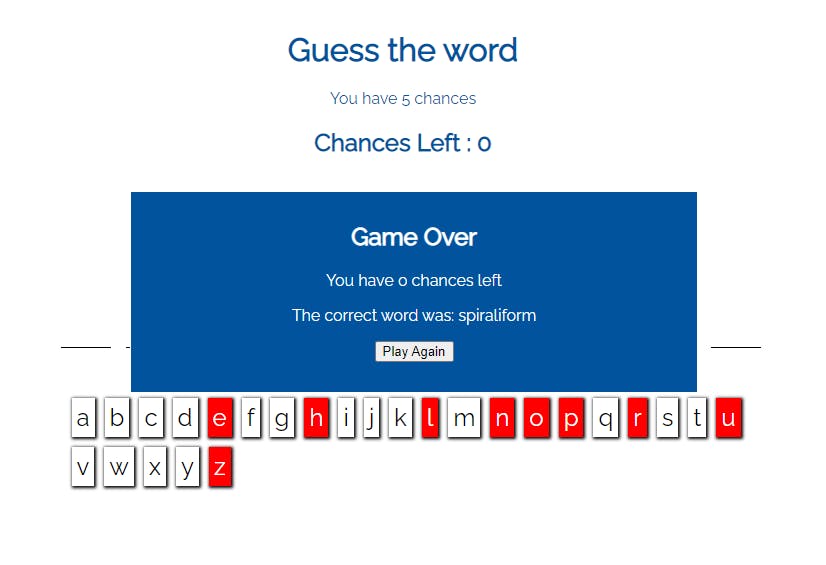 Before we start building, let's see what the game needs to do.

Also, you might want to keep the game and the source code open for reference.

The basic structure of the game is quite simple.

Styling entirely depends on your preferences, but to get started, here’s the link to my stylesheet.

##The dynamics of the game ( Javascript )

As I said earlier, we need to create a section of alphabets that the players can select.

I’m sure you have heard about the acronym API before. We will be using an API called ‘Random word Api’ by M C Naveen, to generate a random word.

The endpoint we are going to use is random-words-api.vercel.app/word.

Let’s split the fetched word into an array and store it.

To create empty spaces for the players to fill in, we use a similar method we used to create alphabets, but instead of an alphabet, the textnode will be an empty string.

Let’s then append it to the div called word section. 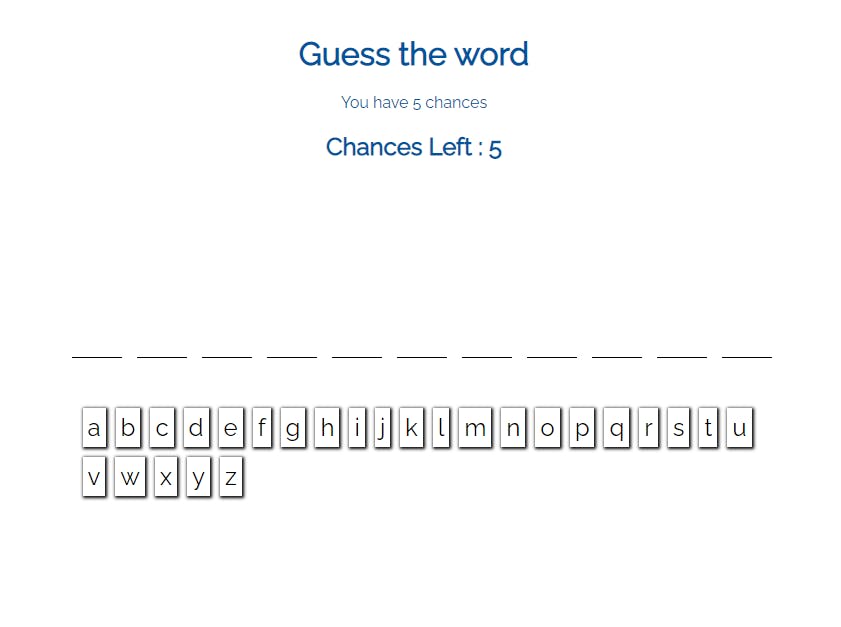 Also, using foreach, we add an event listener to each alphabet.

We now define a call back for the event listener (click) we added in each letter, so that whenever a player clicks a letter, the call back is executed.

Selected letter is in the word

Selected letter is not in the word

That’s it! You successfully created a Word Game.

Feel free to build this on your own and modify it as you see fit.

If you have questions or improvements, feel free to ping me here.